Experimental Film, also known and refer to as Experimental Cinema and even Avant-Garde Cinema is a type of filmmaking that re-evaluates cinematic aesthetics and typical conventions. Experimental Film explores non-narrative forms and alternatives to traditional narratives or methods of working. As stated by author, reporter, writer and film critic, Gene Youngblood in his book, Expanded Cinema, “Many experimental films, relate to arts in other disciplines like painting, dance, literature and poetry or arise from research and development of new technical resources.” As the word Experimental suggests, this type of film is trying something new and completely different. So different that, at first, it will cause confusion and quite often annoyance on the viewer. Video Journalism on the other hand is a form of journalism, where the journalist shoots, edits and often presents his or her own video material. This type of material could be a simple documentary regarding a specific topic on pop culture, politics, economics, fashion or music. This paper clarifies and specifies the positive implications that video journalisms has within the creation and final process of experimental filmmaking and how both artistic mediums relate and contrast with each other.

Experimental films emerged strongly in pop culture back in the 1960’s with films like Wavelength from 1964 directed by Canadian Filmmaker Mark Snow. Most Experimental Films were a result of what we call now days Expanded Cinema. Expanded Cinema has been expanding for a long time, since it left the filmmaking underground scene and became a popular avant-garde form in the late 1950’s. This new cinema is primarily an exercise in technique and features the gradual development of a truly cinematic language which main goal is to expand and further individuals communicative powers and awareness. The above statement makes a connection between Experimental Film and Expanded Cinema, because I can say that if Experimental Film is the message to be given across, then Expanded Cinema will be the place of birth for this type of message.

Video journalism has had some positive implications in the creation of Experimental Film over the past few years. Keep in mind that not all Experimental Filmmakers make proper use of Video Journalism in their films. Thus, my case study will show and relate to some extent the positive impacts regarding the implications of Video Journalism within Expanded Cinema. As stated in the book The Structure and Dynamics of Global Multi-Media Business Networks by authors Arsenault and Castells, “In the digital environment in which journalists now work, new facts are being unearthed daily; more audience feedback is being integrated; more voices are being heard; more diverse perspectives on the same news stories are being presented; more stories are available.” Meaning Men and women of power are being watched more closely; and more people are engaged more actively with the changes in the world by taking photos or making videos of crucial moments, by commenting on blogs, or by sharing the stories that matter to them. All the actions mentioned above have also been incorporated at one point in time while undergoing the development of Experimental films. 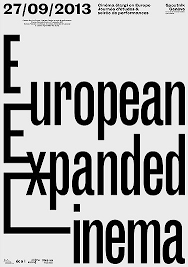 The reason why Experimental Filmmakers have chosen to incorporate and have made use of Video Journalism in the pre-production phase of Filmmaking is because it helps them come up with ideas before the actual footage is edited. As mentioned already Journalism involves many different skills and tasks such as writing, video editing, video production and broadcasting. Many of these elements are actually incorporated as well in the pre-production of Experimental Films. The Experimental Filmmaker begins his ideas by picking up a camera and starts the recording process. For example, he/she may record a dark room with voices in the background. You may ask yourself, what kind of a film will this be? I mean, there is really no budget involved, no special effects, no script and no well known actors.

Imagine a movie that is neither narrative nor documentary. What remains? Chaos, disorder, incoherence and a fusion of ideas forced together by the filmmaker without any regards for characters, structure, or theme. So, what is really the purpose of taking the time to develop this kind of film? Just like any other art form, cinema can also be a therapeutic activity. This is the actual purpose of an Experimental Film, thus to lead to a therapeutic achievement or massive disturbance,whichever comes comes first. As sated by authors David Bordwell and Kristin Thompson in the book Film Art :An Introduction, Tenth Edition, “These films are made for many reasons. The filmmaker may wish to express personal experiences or viewpoints in ways that would seem eccentric in a mainstream context.

The filmmaker may also wish to explore some possibilities of the medium itself.” Showing the intentions and ideas of the filmmaker through the film. In Video Journalism the Journalist may experience similar thoughts and ideas before conducting their own recording. The idea of trying to achieve an experimental documentary regarding politics, music, fashion and  even film. These ideas are normally translated to an Experimental Film. These ideas are not limited to exposing the camera to an awkward view from the public and thus leading to the intent to capture different scenarios. For example, a local manifestation, a fight in a club, a massive shooting, an earthquake, a parade, a music show and many more. The scenarios behind the idea are the views of the filmmaker.

You might be wondering by now, what are the type of implications that are translated from Video Journalism into Experimental Film? The answer is not very hard to guess but complex to explain. Implications are conclusions that can be drawn from something, although not explicitly stated. Implications of Video Journalism have provided birth to many experimental films and vice versa. When a Journalist or a Filmmaker shoots a scene about a massive political manifestation in downtown Montreal, the implications are given by the idea behind this manifestation. Many implications can be notated as how well the camera’s chemistry with the event is portrayed in the final version, the crowd’s energy, the focal point, the main reason of the event,  the narrative structure or having none whatsoever. The implications are many and it can take me hundreds of pages in order to simplify all of them. Just to give a more basic idea of how these implications are actually embedded into Experimental Film, let’s go back to my example of the fictional manifestation in Montreal. 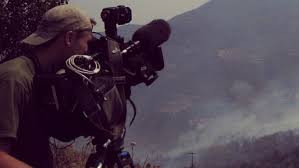 Let us take the idea that the filmmaker is recording the whole chaos and then a week after, he/she decides to edit the footage with an editing software like I-Movie or X Pro. Let us pretend his intentions were to show the manifestation on YouTube as a broadcasted video. Along the way he encounters several scenes in the footage that he was not able to notice while shooting the film. These new revelations could range from people hiding in the background from the camera to a police man beating down a civilian in the middle of the street. These new revelations, as I will refer to them from now on are what creates and gives birth to an Experimental Film.

The revelations may tell another story besides the actual story been told on camera. The other story or the sub-story remains hidden and once its exposed to an audience is up to them to find out what really is going on in the footage. Thus, alternatively the video journalist may create a fictional or real story which is likely to challenge the viewer’s ideas and opinions. Leading and finalizing with the birth of an experimental footage. Any sort of footage may be used for an avant-garde film. Images form a documentary, sounds from a presidential election, music from a rave, voices in a conference and even a light in a dark room can work well while recording ideas for an experimental film.

Some historic experimental films are without a doubt, Un Chien Andalou (The Andalusian Dog) from 1929. As stated by authors David Bordwell and Kristin Thompson in the book Film Art :An Introduction, Tenth Edition, “The film was made by Spanish filmmaker Luis Buñuel and artist Salvador Dalí, and is an example of the Surrealist school. The film is a surreal mix of images, purposely designed so that, according to Buñuel, no idea or image might lend itself to a rational explanation.” In the film Buñuel himself plays a character who walks to a balcony, from where he gazes at the moon, which is about to be obscured by a passing cloud. All the elements in the film are real and there is no use of special effects since the film was recorded in the late 1920’s. I could connect the aesthetics of the film with video journalism because the filmmaker is the one following his own actions as well as the surroundings with nature and the other character, who is the dog itself. Obviously back then, the idea of video journalism was irrelevant and I can also conclude that an experimental film can implicate and give origins to a video journal, since they both contrast with each other with similar actions and key elements. For example, the lens of a camera, the location, the crew, direction, editing, etc.

Another very popular and classic Experimental Film is the Ballet Mecanique (The mechanical Ballet) from 1923. It is a Dadaist Post-Cubist art film conceived, written, and co-directed by the artist Fernand Léger in collaboration with the filmmaker Dudley Murphy. The reason why this Experimental Film is so iconic was because upon its release, it actually created a lot of controversy towards the viewer. One must hear it to get a real sense of its chaos. As stated by author Carol Oja in the book Making Music Modern: New York in the 1920’s “It moves frighteningly quickly and it sounds like confusing chords, punctuated by random rings and pauses.” Thus, making reference to the impact the film has over the audience.

By now you may be wondering as well, how can someone design for an Abstract Film? How can you organize a film based on visual qualities? The answer relies mainly in the theme and variations of the film. Theme and variations are the substance or key elements that will make the Experimental Film stand out. Vey often in Video Journalism and Experimental Filmmaking there is a melody or a motif introduced, and then a series of different versions of that same melody or motif follows, thus making the rhythm of the original melody difficult to recognize.

Concluding the first step to follow is to create an introductory section that shows the kinds of relationships the film used as its basic material. Then other segments go on to present similar kinds of relationships but with changes. These changes will obviously differ from the introductory material. Thus leading to show that theme and variations are the main two implications used and translated in Video Journalism and Experimental Film. These two components are used in the creation of Video Journalism that leads to an Experimental Film and an Experimental Film that reflects the ideas of video in a form of a journal.

Take a look at the video below which explains more of the subject in a creative manner.

Written by Felipe Medina for the Reading the Arts Across the Disciplines course at Concordia University in Montreal.